As we speak, the Norwegian Womens soccer team are playing final matches in the World Cup Finals in France. Before the World Cup began, byHands was asked by NFF to design a limited edition poster to act as a inspirational and and uniting piece of art for the team and their closest collaborators. We immediately thought of Magnus Voll Mathiassen and his characteristic and energetic style as a perfect match.

In addition to being brought along on tour, the artwork has also been printed as a massive 100x140cm piece of art, to adorn the home stadium for the team, at Ullevål arena.

We are cheering for the Norwegian Team, and hoping they will go all the way to the top in France! Bonne chance! 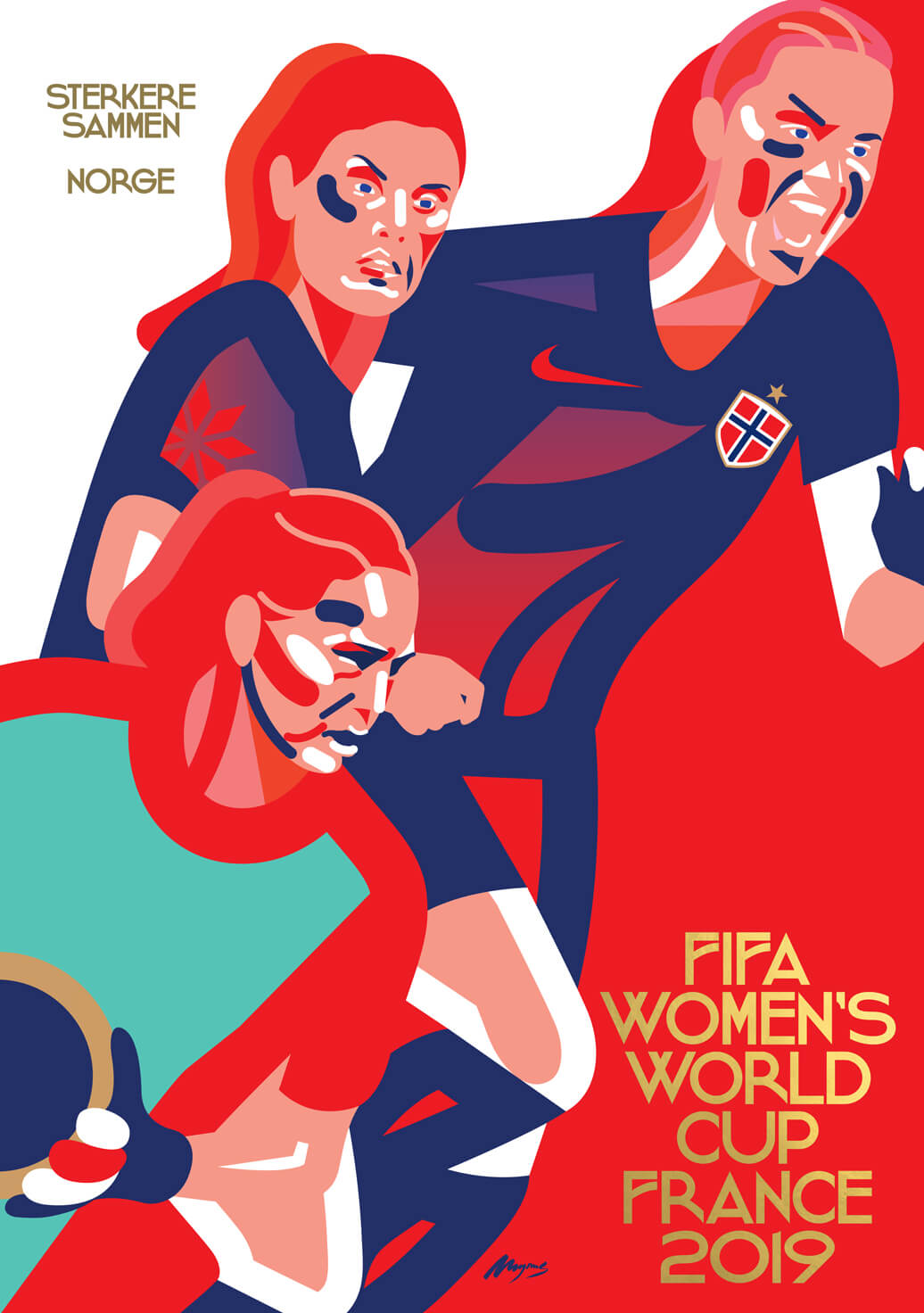